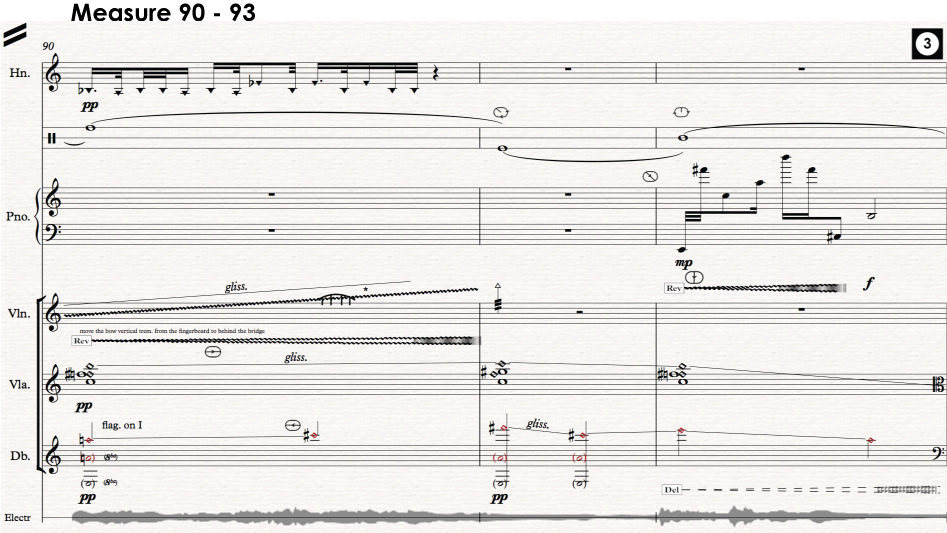 The conductor decreases the volume of the electronics right before the piano entrance.

Although not very audible the conductor decides to play with the electronics probably to give them a similar “flow” as the acoustics. This is a very nice use of the ConDiS since it gives the conductor a possibility to simulate the instrumental gestures i.e. the scale up and down motive of the strings. 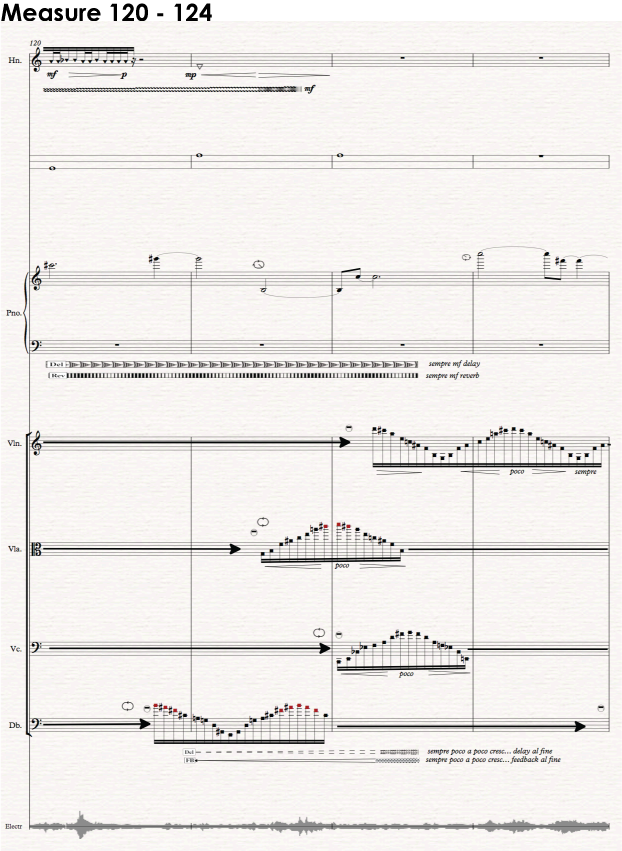 Watch the conductor moving her arm up and down simulating the scale up and down motive of the strings.

The following example shows the conductor not follow the instruction given in the score. It is the only instance where she does not follow written instructions of the whole piece. Why this happens is not clear to me but might be that she did forget it in the heat of the moment especially since the indications are right after a page turn. It might also be that the conductor decided to wait for a few more measures since she does activate the volume value control about ten measures later. I will be looking at the other performances to find out if she does it constantly. 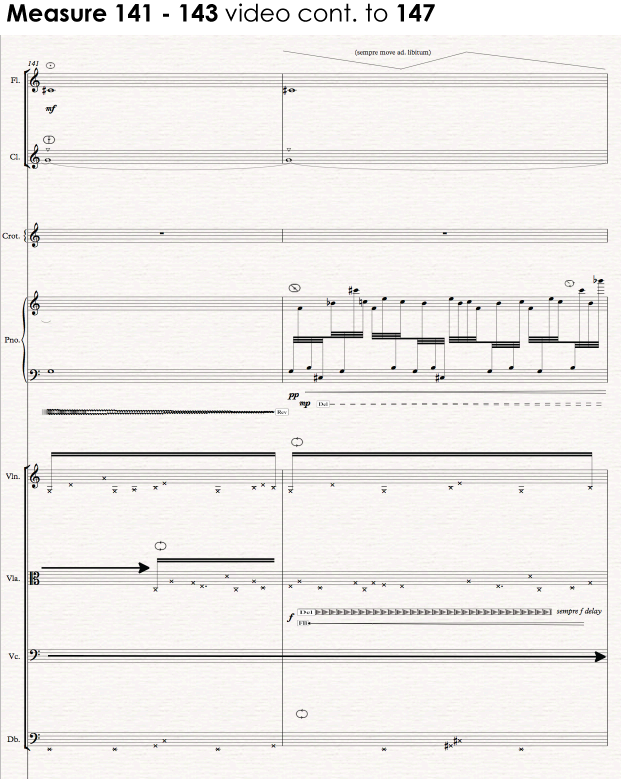 The conductor activates the volume value control as instructed in the score and follows the gestures of the written lines.

From measure 131 the conductor has instructions to activate the volume value control but seems to miss them as indicated in example 7. She therefore also seems to miss the written text in measure 134 which says “sempre volume control al fine” meaning the conductor can “improvise” the volume changes till the end of the piece. My decision to write “sempre” meaning “throughout” instead of drawing lines all the way to the end seems to be a little blurry and noticeable that the conductor does not activate the volume value controller until next time these lines are drawn in measure 142 (example 8). At that point, she plays with the volume control for several measures but deactivates again in measure 147. After that, she waits until measure 154 (example below) where she activates the volume control till the end of the piece or measure 163. It is not unlikely that it might be uncomfortable for her to hold her hand closed for such a long time and she needed to deactivate the volume just to be able to do more expressive hand gestures. Another important fact is that there is very little electronics happening towards the end and she had mentioned to me that it felt a bit uncomfortable not to hear or feel the electronic respond clearly enough. It is something that I am looking into for the next performance scheduled for November. 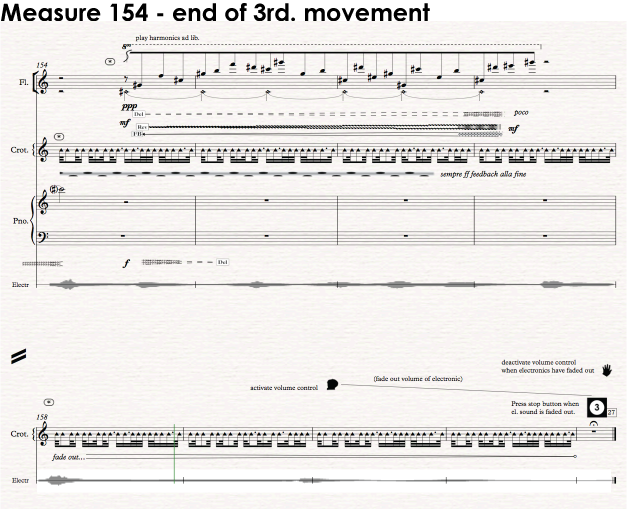 The conductor activates the volume control, brings the volume up and down until near the very end when she has it fading out then opens her hand to fade out the Crotales with both her hands. The overall volume of the electronics is a bit too soft and will be looked at before next performance. It is noticeable that there is total silence in the audience long after the final note of the crotales has faded out.