06.06.17. Back to the ConGlove. Made on/ off switches for triggering various events.

07.06.17. Meeting with Magnus at Arving Inc. talking about collaboration. Find ways to intergrade the glove to his (theirs) glove. Meeting again next Friday. Did some practice with ConDrum (Perc.). Worked on the glove, did some tape job to make it more bulletproof.

08.07.17. Delivering of Reisereigning for Kristiansand. Managed to import audio to Live for TSi work. Have been organizing sounds for the first 7 min. of the piece and seems to be progressing fine i.e. using prerecorded sounds and placing them in time and space. Also worked on the Mix setup for the piece Grouping instruments, Fx and Pan. Have to continue doing that and make a diagram of ins and outs. To solve problems with pan, preselect when conductor should take over. That way pan should be off in auto pan where the conductor takes control.

12.06.17 Worked on planning for a recording session with Espen the percussionist. Contracted Trond Engum for getting an assist for the recording of ConPerc.  on the 15th of June. He recommended using Jack to play live from Max and Live and record to Logic. Have to meet him early Thursday to do the setup for ConPerc.

13.06.17. Worked on KnoS. Recorded Clarinet clicks and other external sounds. Did ad them to the Live file and then to Sibelius. Did try out some effects to use with them.

The third movement more choral-like with long sung notes in all instruments. Also, use the singing technique from Berio. Choral brakes up once in a whistle with short note patterns.

Can use some of the notation from Circles. Check out double stops, multiphonics, flageolets etc. 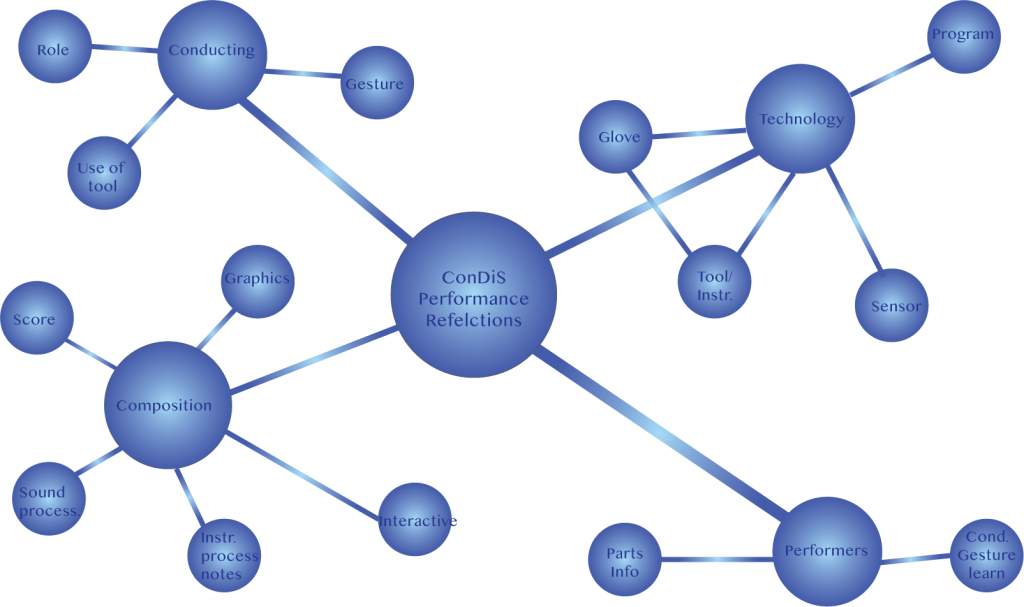