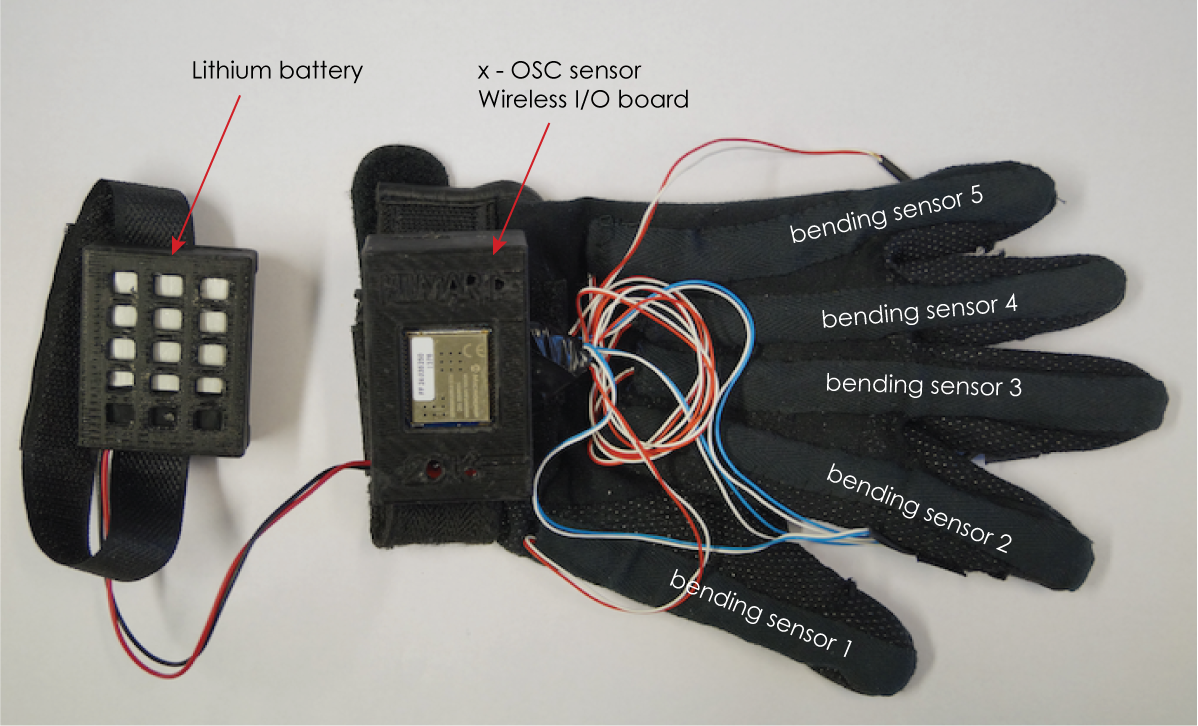 Hilmar Thordarson is a composer and a research fellow at the Norwegian University of Science and Technology (NTNU) in Trondheim Norway. His research project ConDiS-Conducting Digital System is directed toward the interaction, the expressions, the musical gestures and movements of the classical conductor.  How to enable a music conductor not only to control the overall sound of the performing musicians but also to control a digitally processed version of the performer´s sound in real time.

Conducting Digital System – ConDiS is a conducting glove, designed to enable a conductor not only to control the overall sound of the performing musicians but also to control a digitally a processed version of the performer´s sound in real time. It allows the conductor to “grab” a digitally processed sound from one or more instruments, change their volume, sonority, and move around the hall, all in real time, with his/her conducting gestures. In other words, conducting the overall balance/volume, timbre, and location in space between the instrumental signal and the computer-generated sound signal. ConDiS is directed toward new possibilities in musical composition and the interaction, the expressions, the musical gestures and movements of the classical conductor. 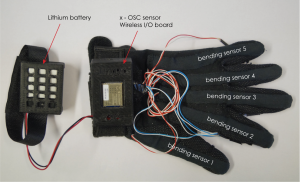 Are we capable of building a system that feels “natural” both for the musical composition and the conductor? Can we build a gesture recognizing a system that allows the conductor to use his/her natural way of expressive conducting, to add the same expressiveness to live interactive electronic sounds? Through analyzing conducting gestures, testing various sensor techniques and most importantly, composing music, the ConDiS project will seek answers to these questions.

As the technology for Human-Computer Interaction (HCI) keeps evolving interactive systems are more and more capable of analyzing and recognizing human body movements and gestures. This opens a floodgate of possibilities to integrate the orchestral conductor´s capacity to control the overall flow of the “whole” musical performance. Instead of having a sound engineer in the middle of the hall triggering and mixing the digital sounds to the analog sounds of the orchestra, the conductor now for the first time has the opportunity to extend his/her conducting expressions and interpretation in an unmediated way.

It should be kept in mind that even though the aim of this project is to extend compositional possibilities and the role of the classical music conductor the emphasis is placed on changing as little as possible of the composers writing tradition and conductor traditional gestures. Therefore, dynamics and duration of notes are written in the score both for the performer and the electronics. What is added are extra possibilities for the composer and the conductor to compose and control the balance and timbre between the acoustic instrumental sounds and the electronic sound (live processed sound of the instruments). To give the performance flexibility, expression, and dynamics, allowing it to flow in time and space.

In an attempt of realizing the artistic needs of the project i.e. compositional instructions (new graphics) and live conducting control of both instrumental and electronic sounds, experimental pieces or studies had to be written, each focusing on a specific factor of fundamental control. The first composition for Percussion and Conductor focuses on the Volume control and synchronization raising the question of how does it feel grabbing the electronic percussion sound, control its volume, beginning, and end. How can the conductor make the sound appear from silence and disappear (crescendo diminuendo?) How does it sound, feel, what does it artistically or aesthetically for the compositional need of the composer? Does it fulfill the composer’s artistic needs?

To find an answer, a computerized imitation was made of a real performance allowing a conductor to read and play written score and practice the interactive conducting.

Still hence to the limited time of practice, the answers have yet to come.